A dataset on the use of sexual violence by conflict actors.

​The SVAC Dataset includes reports of conflict-related sexual violence committed by the following types of armed conflict actors: government/state military, pro-government militias, and rebel/insurgent forces. The SVAC Dataset covers all conflicts active in the years 1989-2009, as defined by the UCDP/PRIO Armed Conflict Database. Data were collected for all years of active conflict (defined by 25 battle deaths or more per year) and for five years post-conflict. 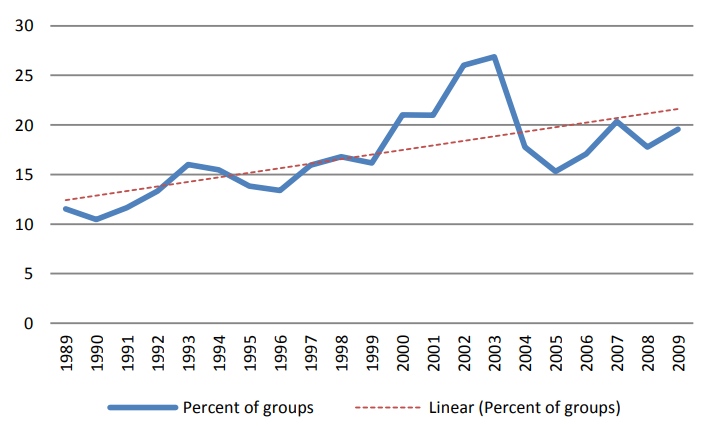