A global dataset on social disorder in national capitals and other major cities, 1960-2014.

​The world’s population is increasingly concentrated in cities. Research on urbanization’s implications for peace and security has been hampered by a lack of comparable data on political mobilization and violence at the city level across space and through time, however. Urban Social Disorder 3.0 is a detailed event dataset covering 186 national capitals and major urban centers from 1960 to 2014. It includes twelve types of non-violent and violent events, detailing the actors involved and their targets, start and end dates of each event, and the number of participants and deaths. These new data raise promising avenues for future research on, inter alia, democratization and contested elections, climate change and food security impacts, and spillovers between different forms of mobilization and violence. 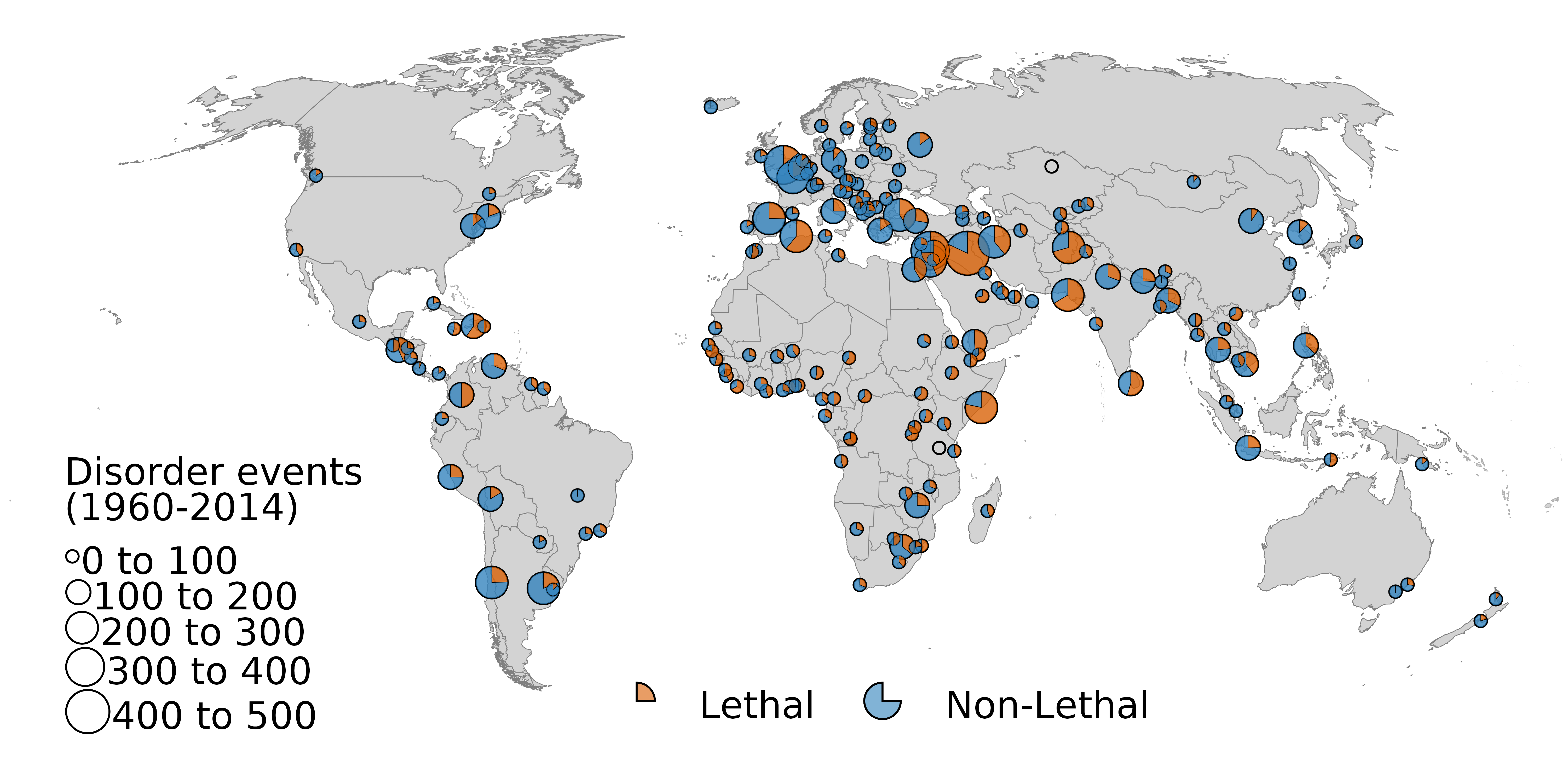