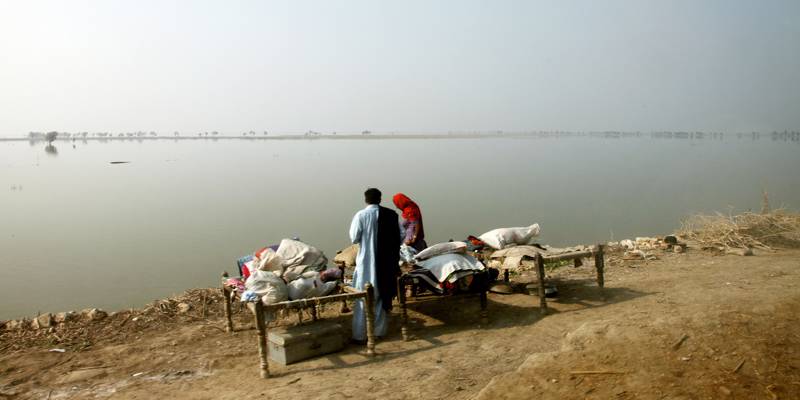 ​​​​​​​​​​​​​​​​I​​​​​​​​​​​n the past few years, rising food prices and the global financial downturn have increased the ranks of the world's food insecure to over a billion, reversing decades of slow but ​steady progress in reducing hunger. Not only have the human costs been considerable but this reportedly also had dramatic political repercussions. According to one World Bank-commissioned study, the 2007–08 food crisis sparked demonstrations and rio​ts in at least 48 countries. The notion that food insecurity drives violent conflict is just one of many dimensions of the contemporary climate security debate. However, in distinct contrast to the near universal agreement among political leaders and NGOs that climate change con​stitutes a significant threat to peace and security, the scientific community is yet to reach consensus on specific links between climate and political violence.​​​

To get updates on events and project outputs, go visit our Climate and Conflict Blog.

CLIMSEC seeks to remedy shortcomings in the empirical literature, such as the scientific community's inability to reach a consensus on specific links between climate and political violence and the apparent disconnect between theories and analyses of climate-conflict connections, by providing a more rigorous scientific foundation for efficient policy advice and implementation. The project will be guided by the following overarching research question: How does climate variability affect dynamics of political violence?

Reflecting the general nature of this research question, the primary scientific tool will be rigorous quantitative analysis at various levels of spatial and temporal aggregation. The project will rely on a multitude of data sources, among them the PRIO-GRID dataset, Munch Re's NatCat database and the NAVCO dataset. In addition, as a specific deliverable of the project, the Urban Social Disorder (USD) dataset will be expanded. The quantitative empirical approach will be complemented by a set of qualitative case studies of carefully chosen areas and events as a means to investigate suggested processes, validate key statistical findings, explain unexpected patterns, and facilitate further theory building.

The five-year research project (September 2015 – August 2020) is funded by a European Research Council (ERC) Consolidator Grant (CG) as part of EU's new program for research and innovation, Horizon 2020 (H2020). The project brings together researchers across institutions and countries, with Halvard Buhaug​ at PRIO as project leader; Ole Magnus Theisen from the Norwegian University of Science and Technology; Jonas Nordkvelle from PRIO; PhD-candidate Elisabeth Lio Rosvold from PRIO and the Norwegian University of Science and Technology​, as well as three nine-month visiting researchers yet to be announced.​​ 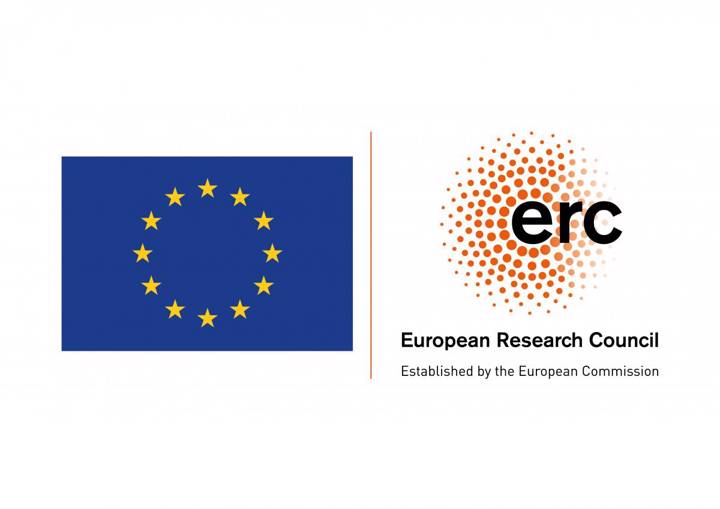 The project will be organized into four work packages (WPs):

WP 1 identifies two primary pathways through which climate-induced food insecurity affects peace and stability. First, drought, heat waves, and other extreme weather events have the potential to exert significant impacts on food prices. In the recent global food crises, failing harvest among some of the world's major food exporters contributed to a dramatic increase in the international price of many food commodities. Second, subsistence households and societies dependent on local food production may experience dramatic food shortages and loss of livestock when the rain fails.

Neither of these proposed pathways has been subject to rigorous comparative testing. By placing prime focus on the multi-scale process from food price volatility to social responses, WP 1 takes a consumer perspective. Two types of insecurity outcomes are considered particularly relevant in this context: urban demonstrations and riots, and rural land use disputes.

WP 2 will investigate how economic impacts of climate anomalies and extremes affect social cohesion and political stability. A novel contribution in this regard is the decoupling of general economic performance from agricultural performance and the explicit consideration of alternative economic transmission mechanisms of an indirect climate-conflict relationship besides food production. Unique to this project, we will draw on Munich Re's NatCat database, which contains unsurpassed information on natural disasters, including coordinates of their spatial extent and best estimates of economic and human losses incurred. Combined with other relevant high-resolution data, it will be possible for the first time to evaluate whether economic damages of natural disasters affect the local risk or dynamics of political violence, including the possibility that disasters may create a ripe moment for negotiations and conflict settlement.

WP 3 aims to develop a short-term prediction tool that will provide forecasts of urban disorder and civil conflict within a temporal range from several months to two years. The specification of the forecasting model will be based on results from empirical models in the other WPs – with recurring recalibration against actual outcomes as the project moves on.

The forecasting model will be analogous to an early warning tool, with frequent updating of real-time input data and constant evaluation of performance. International and domestic food price statistics will constitute a core component in the tool, supplemented by country-specific, time-varying information on economic performance and unemployment, foreign direct investments, regime approval rates, national political elections and irregular leader transition, as well as various contextual variables.

The final work package is explicitly cross-cutting by bringing together and evaluating the output from WPs 1–3 and developing a common theoretical framework that will guide the specification of empirical and forecasting models. The first and most essential part of WP 4 concerns theory development, with particular focus on establishing the causal mechanisms and conditions under which various conflict types emerge as plausible outcomes of climate-induced food or economic shocks. An important aspect of this work will be to make further progress on understanding the temporal dimension of climate-conflict linkages.

In a new study published in Nature Communications, PRIO researchers use a machine-learning analysis framework to identify leading predictors of contemporary asylum migration to the European Union. The study finds little evidence that climatic shocks or deteriorating economic conditions predict near-future arrivals of asylum seekers in Europe, contrasting commonly held notions of economy- and climate-driven asylum migrants. Instead, indicators capturing levels of political violence and violations of physical integrity rights in countries of origin are important predictors of asylum migration flows, suggesting that migrants are continuing to use the asylum system as intended – i.e., to seek international protection from a well-founded fear of persecution – despite the fact that most applicants ultimately are rejected refugee status. The article is a product of the ERC-funded CLIMSEC project and is published as open access.

​An article presenting a new global dataset of geocoded disaster locations has just been published in the Nature journal Scientific Data. The dataset, containing spatial geometry of nearly 40,000 unique locations of natural hazard-related disasters worldwide between 1960 and 2018, are posted in NASA's Socioeconomic Data and Applications Center's (SEDAC) data repository in collaboration with the Center for International Earth Science Information Network (CIESIN), Columbia University. These data allow users of the EM-DAT disater database for the first time to map and analyse disasters at subnational levels. The data collection was a central part of Elisabeth Lio Rosvold's now-concluded doctoral project and is a product of the CLIMSEC project.

The Journal of Peace Research has just published a new special issue on ‘Security implications of climate change’ (January 2021), guest edited by Nina von Uexkull and Halvard Buhaug. The special issue contains 12 original research articles and viewpoint essays, supplemented by an introductory article by the guest editors that presents a review the state of the art. This is the second time JPR dedicates a special issue to climate change and conflict; the first time was in 2012, edited by Nils Petter Gleditsch. The new issue represents the most up-to-date collection of studies on the subject. Several articles, including the introduction, are available as open access.

​​We congratulate Elisabeth Lio Rosvold on the successful defense of her PhD thesis today, 08 November 2019! Dr Rosvold’s thesis entitled ‘Coping with Calamity: Natural Disasters, Armed Conflict and Development Aid’ was defended at the Norwegian University of Science and Technology (NTNU), Department of Sociology and Political Science.

​A new study published in the journal Nature today assesses the role of climate in affecting the risk of armed conflict. Unlike conventional empirical analyses, this study is based on expert elicitation, where the data material is derived from in-depth interviews and structured group discussions among an interdisciplinary selection of scholars on climate-conflict relations. These experts agree that climate has affected organized armed conflict within countries over the past century. However, other drivers, such as low socioeconomic development, intergroup inequalities, and low state capabilities, are judged to be substantially more influential, and the mechanisms of climate–conflict linkages remain a key uncertainty. PRIO researchers Halvard Buhaug and Nina von Uexkull took part in the elicitation and co-authored the study, which was facilitated by scholars at the Woods Institute for the Environment at Stanford University.

On 27-28 September 2018, the Department of Peace and Conflict Research at Uppsala University and PRIO co-hosted a joint Workshop on Climate Change and Security in Uppsala. The workshop brought together an international group of twenty scholars and experts to discuss ongoing and emergent research on a variety of topics related to climate change and security. The discussions highlighted a variety of topics including the consequences of resource scarcity, extreme weather events, food price shocks, land use competition, demographic pressure, and environmental migration. The program included presentations on 14 projects as well as a public keynote lecture by Professor W. Neil Adger on sustainable urbanization.

​Three PRIO researchers are among the 721 experts invited to participate as lead authors and editors in the IPCC's Sixth Assessment Report (AR6).

Jonas Vestby has defended his thesis today, 9 March 2018: 'Climate, development, and conflict: Learning from the past and mapping uncertainties of the future' at the Institute of Political Science at the University of Oslo.

06/12/2017
New Blog on Climate and Conflict
The Climate & Conflict blog will publish updates from relevant PRIO-based research projects on security dimensions of climate and environmental change.
PRIO presently hosts three research projects that jointly have an overarching goal of addressing the relationship between climate and conflict: CAVE, CLIMSEC, and CROP. Some of the questions these projects ask are:
Henry Thomson, Karim Bahgat, Henrik Urdal & Halvard Buhaug (2022)
Urban Social Disorder 3.0: A global, city-level event dataset of political mobilization and disorder

Journal Article in Journal of Politics

Jonas Vestby, Halvard Buhaug & Nina von Uexkull (2021)
Why do some poor countries see armed conflict while others do not? A dual sector approach

Journal Article in Annual Review of Environment and Resources

Popular Article in Political Violence at a Glance

Book Chapter in Routledge Handbook of Peace, Security and Development

Journal Article in Policing: a Journal of Policy and Practice

Jonas Vestby (2018)
Climate, development, and conflict: Learning from the past and mapping uncertainties of the future

Elisabeth Gilmore, Halvard Buhaug & Håvard Hegre (2016)
Maintaining Security: What Can Be Done to Prevent the Pressures of Climate Change Leading to Conflict?

Projecting armed conflict risk in Africa towards 2050 along the SSP-RCP scenarios: a machine learning approach

A Conditional Model of Local Income Shock and Civil Conflict

Why do some poor countries see armed conflict while others do not? A dual sector approach

Climate mitigation policies and the potential pathways to conflict: Outlining a research agenda

Security implications of climate change: A decade of scientific progress

Directions for Research on Climate and Conflict

On Growth Projections in the Shared Socioeconomic Pathways

Disaggregated determinants of aid: Development aid projects in the Philippines

Machine Learning and the Police: Asking the Right Questions

Climate as a risk factor for armed conflict

The Environment – Reason for Optimism, or Reason to Panic?

Climate variability and individual motivations for participating in political violence

Bridging Research and Policy on Climate Change and Conflict

Workshop on Climate Change and Security

The consequences of relocating in response to drought: human mobility and conflict in contemporary Kenya

Climate, development, and conflict: Learning from the past and mapping uncertainties of the future

New Blog on Climate and Conflict

Identifying the effect of climate variability on communal conflict through randomization

Political Geography and the Environment

Maintaining Security: What Can Be Done to Prevent the Pressures of Climate Change Leading to Conflict?