RegulAIR: The integration of drones in the Norwegian and European Airspaces 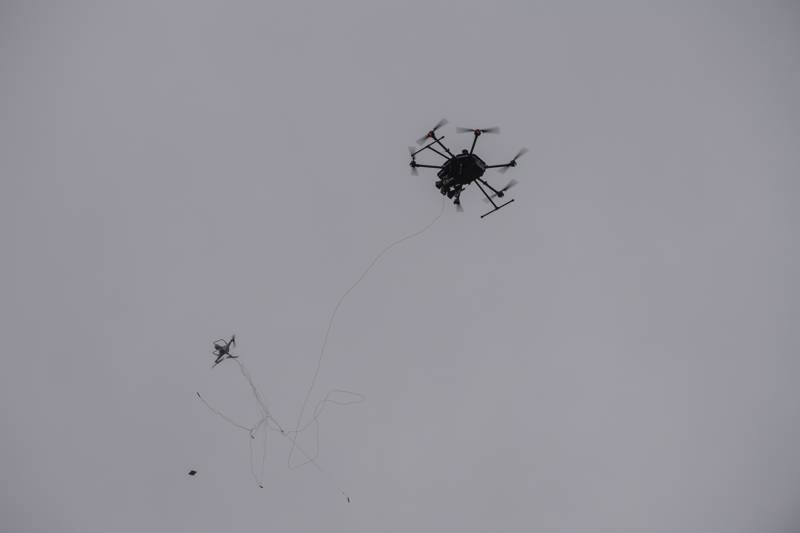 ​Over the last decade, the use of drones has increased dramatically, leading to a wide range of new security challenges. In response to this proliferation, significant international, regional, and national efforts have been undertaken to develop regulations to integrate drones safely into civilian airspace. With the introduction of the European Union's regulations on common rules in the field of civil aviation (2018), intensive discussions are underway in Norway on how best to integrate drones into Norwegian airspace in harmony with EU legislation.

RegulAIR's main objective is to provide new research-based knowledge to Norwegian and EU regulatory bodies to contribute to the safe integration of drones into civilian airspace. To do this, RegulAIR will address two essential contemporary challenges: (1) how to conceive security in the three-dimensional airspace, and (2) how to reconceptualize the new security problem-set emanating from emerging technologies.

As drones evolve and proliferate, Norway and the EU face the daunting challenge of how to unlock the technology's vast potential while also mitigating its significant safety and security risks. Rising to meet this challenge will require a total reconceptualization of the civilian airspace – a formidable task given the complexity of the systems involved, the high rate of technological progress, and the multiplicity of stakeholders seeking to steer its outcomes. What are the unique security considerations that will shape the process, and how will those considerations evolve as the technology advances? What are the various discursive roles of communities of knowledge and practice in shaping regulatory responses to the challenge? And what can we learn from other regulatory bodies working to resolve the same challenges elsewhere?

In examining these questions, RegulAIR will employ a variety of methods of data-generation techniques, including document analysis of key policy, strategy, and regulatory documents; semi-structures interviews with officials in Norway and in the EU; and a closed-question questionnaire, which will identify the visions around, and challenges related to, the usage of Norwegian and European airspace in the context of drone proliferation. These methods will also be supplemented with structured dialogues to facilitate the meetings among academic researchers, technology developers, drone users, and regulations, as well as a series of scenario-building workshops, and technology forecasting to map near- and medium-term technology developments, and assess their likely effects on the integration process. The project will be developed in close proximity with regulatory actors and end-users, including the Civil Aviation Authority in Norway (Luftfartstilsynet), UAS Norway, and the Oslo Police, and it has as a partner the Carnegie Council for Ethics in International Affairs, in the US.

Through this approach, RegulAIR's work will lead to increased understanding of how to conceive of security in the three-dimensional airspace, drawing on theoretical insights from critical security studies, science and technology studies, socio-legal studies, and regulatory governance studies.

​On 6 October, Senior Researcher Bruno Oliveira Martins presented PRIO research at the UN Office of Counter-Terrorism (UNOCT) Expert Group Meeting on Vulnerable Targets and Unmanned Aircraft Systems (UAS). In his address on UAS threats against vulnerable targets, Bruno focused on the nature of the threat posed by non-cooperative drones, the technological means to respond to it, and the societal, human rights and regulatory problems that persist today.

​​On 28-30 September 2021, the RegulAIR project team attended the first-ever international drone incursion exercise at a fully operational airport. Organized by INTERPOL, the Norwegian Police, Avinor, and UAS Norway, the event gathered C-UAS technology vendors, police officers, officials from government agencies, and experts from around the world, with the aim of testing C-UAS technology, and of discussing the challenges and opportunities for detecting, tracking, and intercepting unmanned aircrafts. The exercise was a culmination of eighteen months of planning and served not only as an opportunity to test cutting-edge technology in an operational setting, but also as a forum for discussions on practical, societal, and legal aspects of the threat posed by non-cooperative drones.

​RegulAIR's main objective is to provide new research-based knowledge to Norwegian and EU regulatory bodies to assist them in ensuring the safe integration of drones into civilian airspace.

Bruno Oliveira Martins (2021)
Public address to the UNOCT on UAS threats against vulnerable targets, including soft targets and critical infrastructure

Center for the Study of the Drone at Bard College

Drones over Norway: A Security and Regulatory Analysis

Public address to the UNOCT on UAS threats against vulnerable targets, including soft targets and critical infrastructure

Societal Acceptance of Civil Drones in Europe: Insights from Policy and Academic Literature

Drone Use for COVID-19 Related Problems: Techno-solutionism and its Societal Implications

Countering the Drone Threat: Implications of C-Uas Technology for Norway in an EU and NATO Context