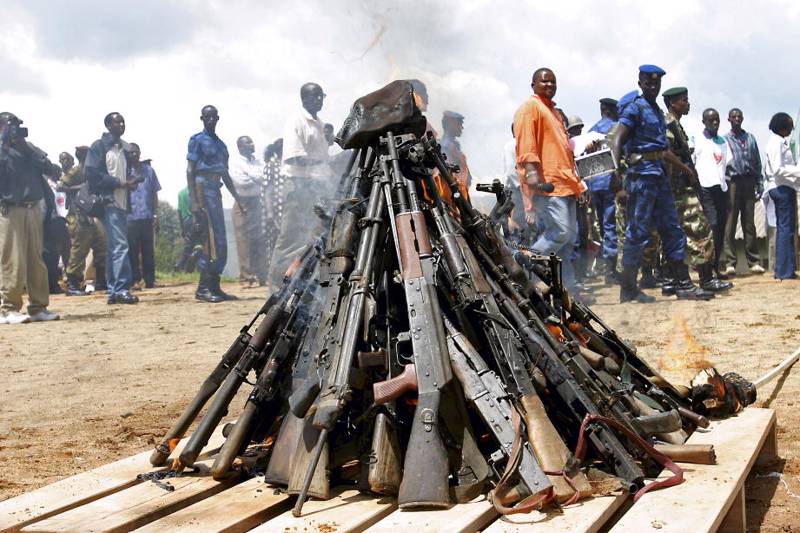 ​​​Since the 1990s, the international community has invested heavily in disarmament programs which are seen as an integral part of interventions aimed at building peace in post-accord countries. In reality, however, scholars and policymakers know little about how the various disarmament programs differ from one another in their design and impact.

DISARM will fill in these gaps by analyzing the conditions under which disarmament can prevent conflict recurrence in post-accord countries. We apply a strong gender focus throughout the project. We will apply a mixed-method research design which combines large, medium, and small-N research. In the large-N statistical analysis, we collect data on disarmament provisions in all intra-state peace agreements between 1975 and 2020 and examine the relationship between disarmament and conflict recurrence. Based on the results of the large-N component, we select and qualitatively compare 25 cases of disarmament focusing on the negotiation as well as implementation phases of disarmament, and the gendered dimensions of these processes.

To identify causal pathways through which disarmament can impact conflict recurrence, we also conduct four in-depth qualitative case studies on disarmament in Namibia, Mozambique, Indonesia, and the Philippines. Taken together, the findings will allow DISARM to develop a novel set of propositions on disarmament that integrates a gender lens.

DISARM constitutes the first systematic global study of post-accord disarmament across space and time, enabling us to identify conditions under which disarmament was and was not able to prevent conflict recurrence and thus to break new ground in studying the micro-foundations of peace. The project will provide critical input to stakeholders in disarmament by providing empirically sound and gender-sensitive policy recommendations on disarmament design.

PRIO seeks to recruit a Research Assistant in a 50% position, to work for 10 months on the DISARM project within the CVP department.

Women and DDR in Mozambique: The Exclusionary and Inclusionary Dynamics of DDR Programs

Negotiating Disarmament – The Gender Dimension: Barriers to the Inclusion of Women in Disarmament Negotiations

Weapons After War: The Symbolism of Disarmament